The League of Doing Bits – The Winner

Almost every year, there are few players from East Europe, who are heavily involved in battle for the overall Number 1., although the number of players in this part of Europe compared to northwestern Europe is negligible. Because of that we must congratulate these people for great success. One of them is Domagoj Fekonja, a third year student of Faculty of Mechanical Engineering and Naval Architecture, who achieved a result worth of respect this season, the 4th place in the overall order!

Domagoj, once again I congratulate you for this success! In this season (2018/19) you collect 2589 points. At the end of campaign you were fourth in the general ranking. Considering that more than 6.3 million players have been playing this season, this result seems great in every point of view !

Thank you very much for your congratulations! I’m not yet aware of what I actually achieved, but I’m sure it’s great result as I get this respect.

How do you feel “the day after”?

It’s getting clearer that some people are dreaming of achieving a similar result and failing to do it in the first season so I feel indescribably happy and proud.

Is there any celebration soon?

We’ll have to make something of it for sure…

Sure most of your friends know what you have just achieved? What were their reactions?

Only the closest friends knew about my progress in the FPL and I did not brag around since I’m modest, which my friends know. Now that the season has ended, I get congratulations first from my closest friends, and also from a lot of unknown people which I definitely did not get used to. People are impressed with my achievement, and as I have said, I still do not realized what I actually achieved…

This is your second season in FPL but there was a mini-break from 2015. Does this mean that you were not fully interested in the FPL at the beginning?

Actually, this was my first season because in that “first” season I just made the starting team and that was pretty much it… This time I started to play with friends and for fun, and 2 months ago, when I realized that I am very solid  I made a little more effort and here we are (smile …J).

What will you do now? Will you continue to play next year, or do you think you’ve shown your best?

Of course! Surely I will play next season and I will try to achieve similar success although I can already tell you that it will be extremely hard since I heard the comments from bunch of people who spent hours and hours a week on FPL and cannot achieve similar result for years. I hope for the 10K result to confirm that my knowledge and happiness are not accidental.

What most of the players may not notice is the fact that you have won the second strongest FPL league: The League of Doing Bits created by Patrick Van Anholt. Rewards that PVA promised should be nice, right? 😉

When I came home from a football match in my village, the first thing I saw was that I finished the fourth overall, and when I realized that possible third place went by an extra transfer, I was a little down… But as soon as I realized that my rival (Gullit) ended below me in that league, I was delighted because the prizes were great too…

At the beginning of the season I interviewed Dominik Končić (Team Tenkići) who finished 1615. overall which is also a great result. Dominik studies at the Faculty of Science,
Department of Mathematics and you at the Faculty of Mechanical Engineering and Naval Architecture. Can I conclude that both of you are using the strategy from the Faculty? Is it a coincidence or not …

Since there are more men at the technical faculties and consequently more people who follow football, I would expect this from someone from my Faculty because I know a lot of people playing FPL at my college.

Was there any special tactics for achieving this or not?

I went slowly, from one GW to another. The only tactics I used was a well planned DGW. I will keep the “captain’s choice” tactics for myself.

Do you jump on every bandwagon or it doesn’t bother you?

It doesn’t bother me at all…

You made just eight hits. How do you control yourself ?

In my opinion, making hits is preserved only in necessary cases, for example; if you do not have enough players for making a full team (11 players), or when there are good fixtures…

You started with some expensive defenders (Robertson, Azpi, Mendy) and a cheap one (AWB) which eventually proved to be an excellent choice.

I like playing with expensive defenders that have brought me a bunch of points.

For which player do you expect to achieve maximum points next season?

On facebook you mentioned that you are following only Andy @LetsTalk_FPL. How do you resist the challenge of not using more different sources?

Most contributors in FPL think the same and make similar decisions so my opinion is that following someone else is a waste of time.

Liverpool and Manchester City had an incredible season, but Liverpool couldn’t make it…

I was with Liverpool till the last whistle because I hate City the most. I think Liverpool will continue pushing next year…

You’re a Chelsea fan, aren’t you? Are you disappointed with Chelsea performances this season? Personally, I was not impressed.

Considering that we have got a new coach at the beginning of the season and have to pass the transition again to a new philosophy of football, as the season comes to the end, I’m satisfied with the success we achieved, especially if we win the European League. I think it should be at least another season to see progress because neither Guardiola has been great with City within a year.

According to all tabloids, Eden Hazard will leave Chelsea at the end of this season. Chelsea is banned on transfers in this summer window because of violations of financial regulations. How will Eden Hazard’s possible transfer reflect to Chelsea?

I still hope he will stay, and if he doesn’t, that’s OK too because he deserves to play in the biggest teams around the Europe. I think Eden show us what a great player he is. For me, he is top five ever Chelsea player. The greatest is Didier Drogba, however. Hazard is a true world class player and I think he can win the Ballon d’Or if he goes to Real Madrid as it is mentioned in some newspaper… That is the only thing that Chelsea can’t offer him…

That’s it … Thank you for the chitchat. I invite you to play the fpldrama.com league next season. I started this blog because of my personal passion for the game. Also, at the end of each season, we “turn the lambs” (Croatian expression for baked lamb), the sacrifice we offer to heal the stress from FPL ;-).

It would be a pleasure, surely, greetings! 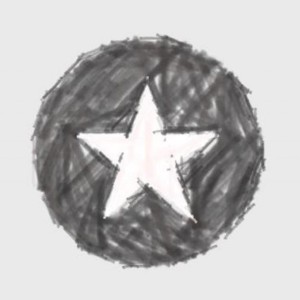 “Where no man has gone before!”